Green Bay Wisconsin during Packer weekend -a weekend when the Packers were playing at home – was one of the most committed forms of drunkenness I had ever experienced. The plethora of bars that lined the streets of the town offered beer, beer, and more beer. These weren’t the sorts of places where one saunters up to the bar and orders a gin ricky. 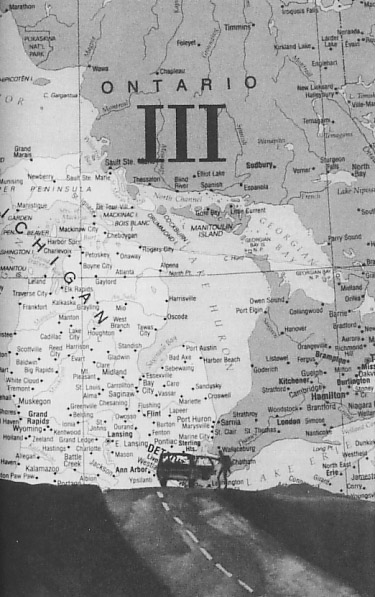 The evening actually began in Manitowoc, Wisconsin, on the exit ramp off the ferry from Ludington, Michigan. As a hitchhiker, I believe I was the only person on the boat who had made the crossing of Lake Michigan as a walk-on and walk-off. As I considered how I was going to get beyond the place where the ferry would leave me, I remember looking out over the Wisconsin shoreline awash in the bright yellow and greens of sunflowers -row upon row, field after field- growing as I had only known corn to grow, now in full bloom and ready for harvesting.

Upon exiting the ferry, I somewhat arbitrarily chose a direction and stuck out my thumb as I had been doing for months now and for more than 3,000 miles of American highway. A car with a broken muffler that barely looked like it was going to make it slowed and then stopped. Green Bay was where the driver was heading and was that all right? And, oh, by the way, did I want a beer?

I was not planning to write a book when I began hitchhiking across the United States. After graduating from college and somehow managing to scrape together about $800 by sealing driveways in Rochester, New York, hitchhiking seemed the only way I could afford to see the country.

Leaving from Burlington, North Carolina, I soon learned that having a destination and an expected arrival or departure time were futile pursuits. The art of hitchhiking involved going wherever the ride was going, and on that particular day, it was going to Green Bay, Wisconsin.

Unlike any other form of travel, hitchhiking forces an immediacy with the person with whom you are driving. Your safety depends on figuring out who is beside you and reacting to them accordingly. It is unlike any form of travel where you control your own destiny by purchasing a ticket or by closing your door to the rest of the world.

By the time trip was over, I would have been gone for more than six months and traveled 8,000 miles. In all that time, I would have slept only once in a hotel room. The rest of the time I slept in trains, on the side of the road, in a few selected campgrounds, but mostly in the homes of the people I had come to know.

What interested me the most about the trip were the reasons people would pick up a hitchhiker, and why they were so likely to confide in me, a perfect stranger, the details of their lives that they hid from everyone else. In this particular trip into Green Bay, I spent several days with the driver and his girlfriend. For him, I was a new perspective, a way of seeing things in his life that he may have felt on some level, but that he wasn’t quite sure of. By the time I left, everything had changed. Whether he knew it at the time, the desire to effect that change was probably the reason he had decided to bring a complete stranger into the heart of his life.

I wrote the book years later to enshrine my experiences on the road, but more importantly, to figure out what had changed about me from having spent six months never knowing where I would be sleeping that night. I began writing in the third person about halfway through the book, both to see my experience from the point of view of the people I had encountered, and also because I had grown weary and self-conscious about writing in the first person for so many miles.