The Place: The Oregon Trail

However, to the native population, the Conestoga wagons are a symbol of death and destruction. In fact, in Oregon City, a group of Native-Americans were put on trial for the killing of a missionary, Marcus Whitman, and each was sentenced to death and hung. Many native people still believe that their bodies are buried beneath the wagons that thousands visit each year as a tribute to the pioneering spirit of the early white settlers. 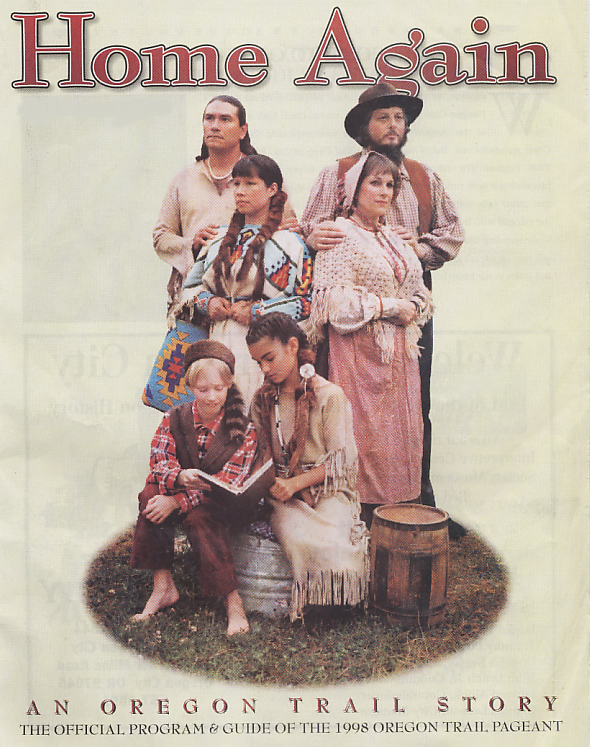 I was commissioned to write the play by a non-profit group who were largely descendants of the Oregon pioneers. For years, they had told their story on stage at a theater they created on the grounds of the interpretive center. However, because the story of the pioneers’ victory of spirit was also the story of the defeat of the native people who were already settled in the area, the earlier productions had sometimes met with protests from various tribes. I was brought to Oregon City in an attempt to create a play that was mutually sympathetic to both the native people and to the descendants of the pioneers.

This seemed to be a remarkably impossible undertaking, like somehow trying to find a mutually sympathetic telling of World War Two story from the perspective of both the Nazis and the Jews. Yet, I thought I found a way to do this in the integration of the story of Dr. Marcus Whitman, the missionary who was killed by the Cayuse Indians.

Whitman was a well-intentioned physician and missionary from upstate New York who could foresee the eventual clash of cultures that was about to take place, and who tried desperately to teach the Indians the way of the white man. His lessons included farming and land ownership, concepts previously unknown to the hunter-gatherer tribe. As the Cayuse became deathly ill with the measles brought to them by the white man, Whitman attempted to cure their sick. Of course, this was a futile effort and the tribe was decimated by the disease. Unfortunately for Dr. Whitman, the Cayuse believed that if a medicine man tends to the sick and the sick die anyway, it is because he possesses a bad spirit and he must be killed himself in order for the dying to stop.

This is a rare moment in American history when both sides were right: The Cayuse did what they had to do according to their beliefs and Dr. Whitman was correct in what he was trying to do and he did not deserve to die. The laws of Dr. Whitman’s society were right in executing justice for his killers and yet the Cayuse should not have been killed for simply following their traditions. I felt that using this story as a base and extending the perspectives in both directions could provide me with the mutually sympathetic perspective necessary to make this play work.

The idea was to create two script development committees, one comprised of descendants of pioneers, and another of native people. Because the tribe most affected by this story was the Cayuse from the Western part of the state, we wanted some of its members to be on the Native-American committee. My initial attempts to solicit their support were somewhat less than successful. I was told that not only were they not going to help me in my efforts, but also if I was successful in completing the play, they might take it upon themselves to burn down our sets.

From this less than favorable start began a very long process, which remarkably enough led to the performance in the play of Native American actors on the very site they had protested against. If nothing else, the process of creating the show realized the goals of the production.

Unfortunately, the process was more successful in doing so than the play itself. Part of the problem was that we never got the script and the production in the sort of shape it needed to be in, and part of the problem was that the goal of the show might have been slightly ahead of its time. There is a still tension between these two communities and certainly there is tension over the telling of their stories.

I still think this is one of the most compelling and important stories I have ever come upon. Part of the problem, too, may have been that the context in which it was presented -a family-oriented outdoor drama -was not the ideal setting for this story. Whenever I have the time, I am determined to revisit this effort and find the proper genre for the telling of this remarkable story.