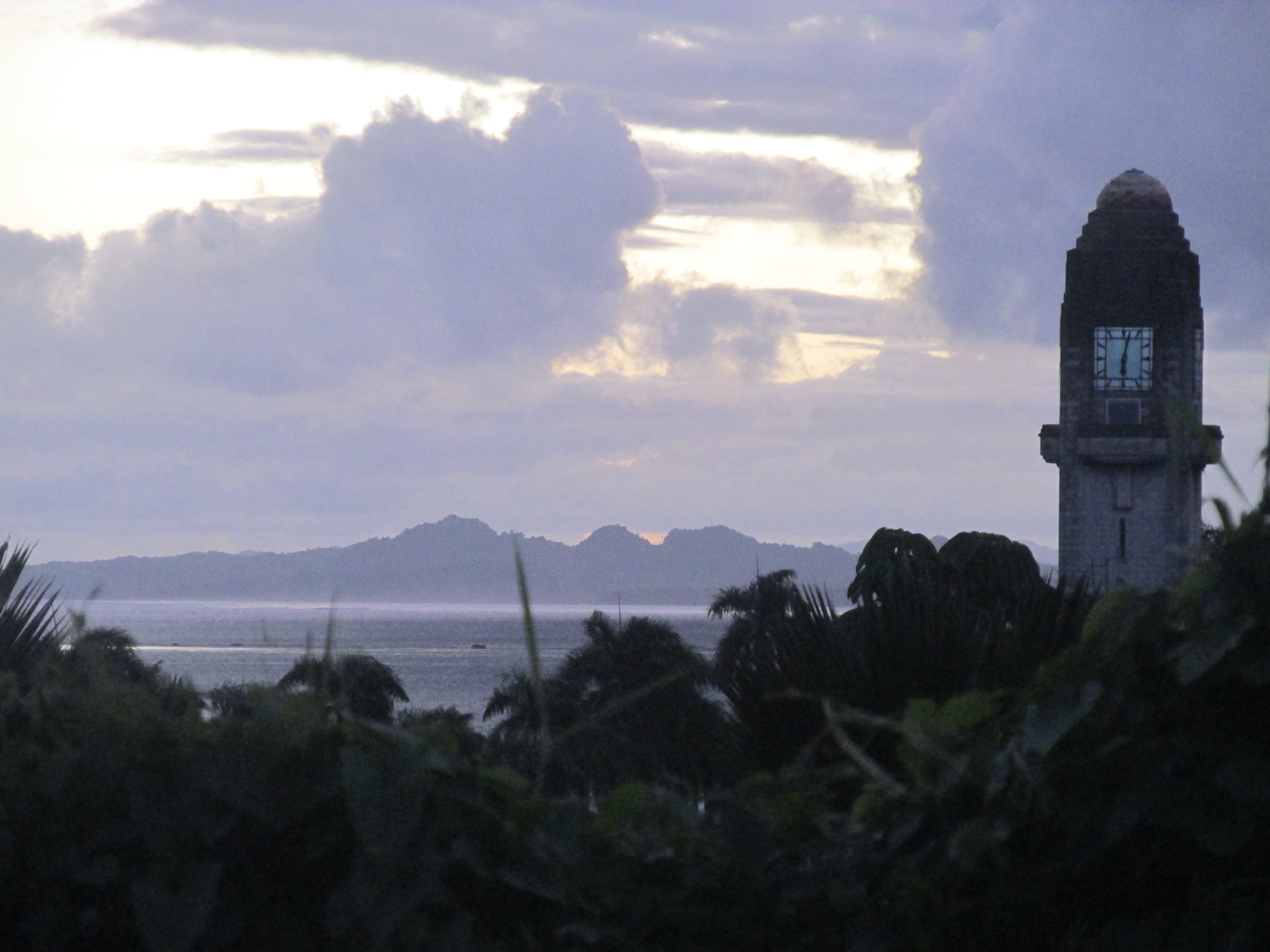 My impressions of Fiji from twenty years earlier were from a hilltop at night looking down on the villagers in the Bure Hut, a communal gathering place under a thatched roof of straw and wood. An ethereal music rose into the night, a collection of melodic voices with a gentle accompaniment of rustic instruments; a collection of voices singing songs that weren’t on anyone’s radio but were the tunes passed on from one generation to the next. Often there was dancing, always there was Kava, the narcotic drink made from the root of the same name and passed around among villagers to further their enjoyment of the event.

Since then, Fiji has been walloped with modernity. A tribal society, the lush and verdant islands had always provided for its people. Fruit trees are everywhere, along with roots and vegetables. Fish are never too far away, whether in rivers or in the ocean. For years Fijians had farmed the fertile land.

But, as Fiji grew as a tourist destination and also as a burgeoning market for foreign products, a tsunami of unfamiliar foods began stacking the shelves of newly built supermarkets. Foods in cans, processed foods, and foods high in added sugar all became part of the new Fijian diet. Without any real understanding of nutrition and the potential harm that could come from these products, the native Fijians were especially vulnerable to the advertisements that began popping up on billboards and on newly procured television sets, advertisements touting the benefits of these foreign-produced foods. The epidemic of diabetes that overcame the island was the result of both the shock of processed foods to the native systems, as well as the decrease in exercise that came about when going to the store replaced working in the garden or fishing in the river.

For this project commissioned by the International Diabetes Foundation, my study of the disease began in the United States, reading and working with the nurse assigned to the project. Once I understood what it was and how it worked, I was able to travel to Fiji to study the impact of the disease on the native people. I worked closely with the University of South Pacific in Suva, where I eventually became a Writer in Residence, teaching classes on playwriting. At the hospital in Lambasa, I watched as people lined up to learn about this mysterious thing they were told could kill them but which offered little in the way of symptoms. All along, the cure seemed so simple and so within reach: exercise, diet, and good care of the feet were the basic tenants. It was one of the few diseases which people could cure themselves. What was important was that the message get to the sick in as many ways possible. 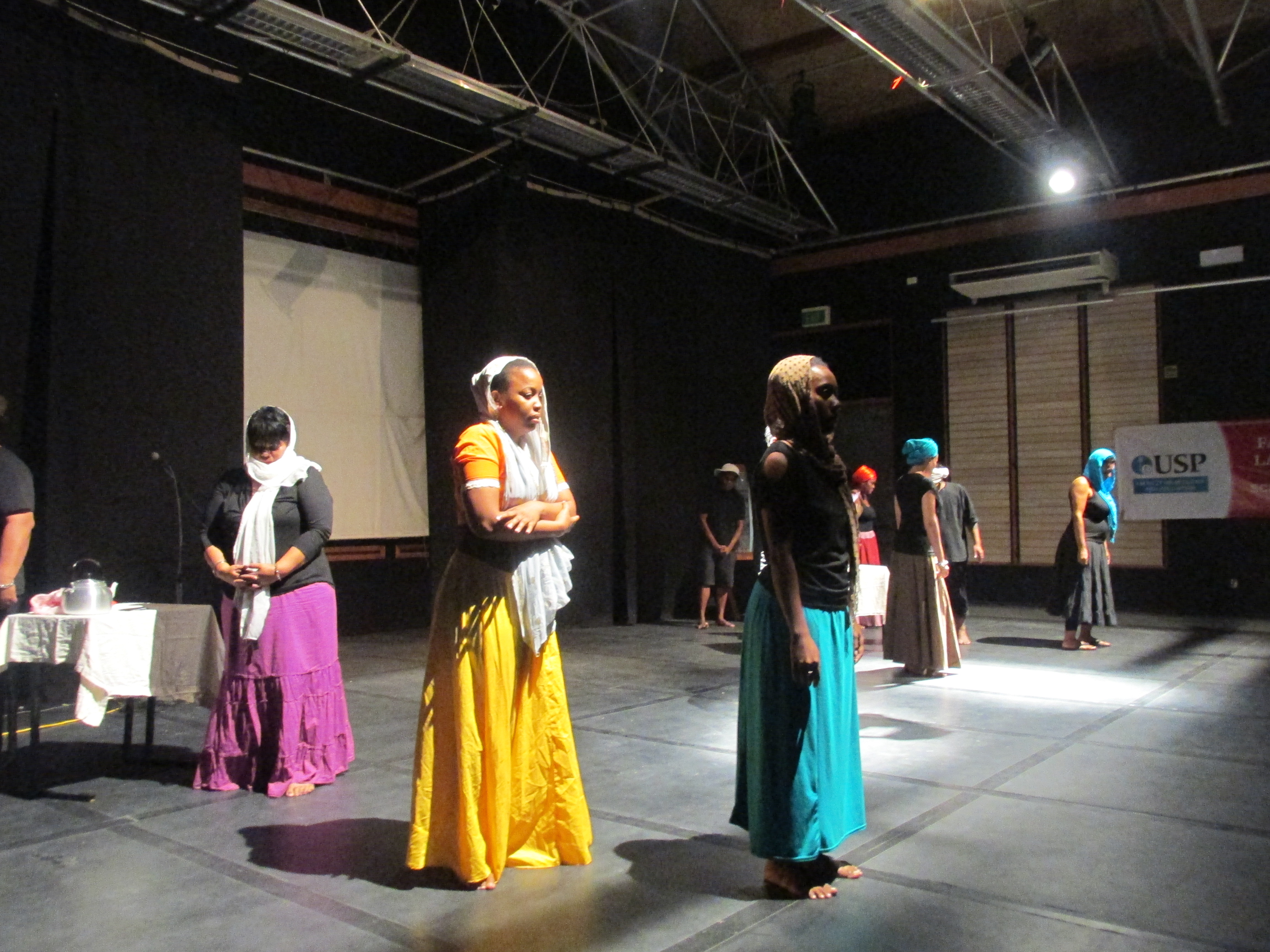 For the play, I surrounded the line of people waiting for treatment with an unexpected performance that highlighted the symptoms of, and the cures for the disease. Fijian characters performed by students at the nearby USP Lambasa Campus played the roles of those who made the right lifestyle choices and those who made the wrong ones. Noted Fijian Writer Mohit Prasad collaborated on the script to translate the play into the local vernacular.

In the end, blood test results showed that those patients who had seen the play performed had significantly lower blood sugar than those who had not. Four theatrical archetypes were developed which can be applied to any setting in the world to help address this ongoing problem.