In the mid 1990’s, shortly after the Berlin Wall had fallen and everything was possible, Bulgaria and Eastern Europe were terribly exciting places to be. The world had opened up to a seemingly infinite array of possibilities, and there was no limit to what the future might bring.

Unfortunately, through time, the changes had turned out to be much harder than people had envisioned. As the WRITER character in my play, “Stalinka” laments:

And I remember 1989. Everyone was passing around American whiskey -Jack Daniel’s. At first, I thought, what a revolting taste. I wanted to spit it out. But they kept pouring it and pouring it, and in time, my tastes changed. I liked this whiskey. I liked this whiskey very much. And we drank, and we thought we would never stop drinking. Then suddenly, there was nobody there to serve us. We were told that our bar tab was the same as six months rent, and we had no money. And we found, too, that we had lost our taste for cheap vodka. Suddenly, we found that we had all the options in the world, and none what-so-ever. 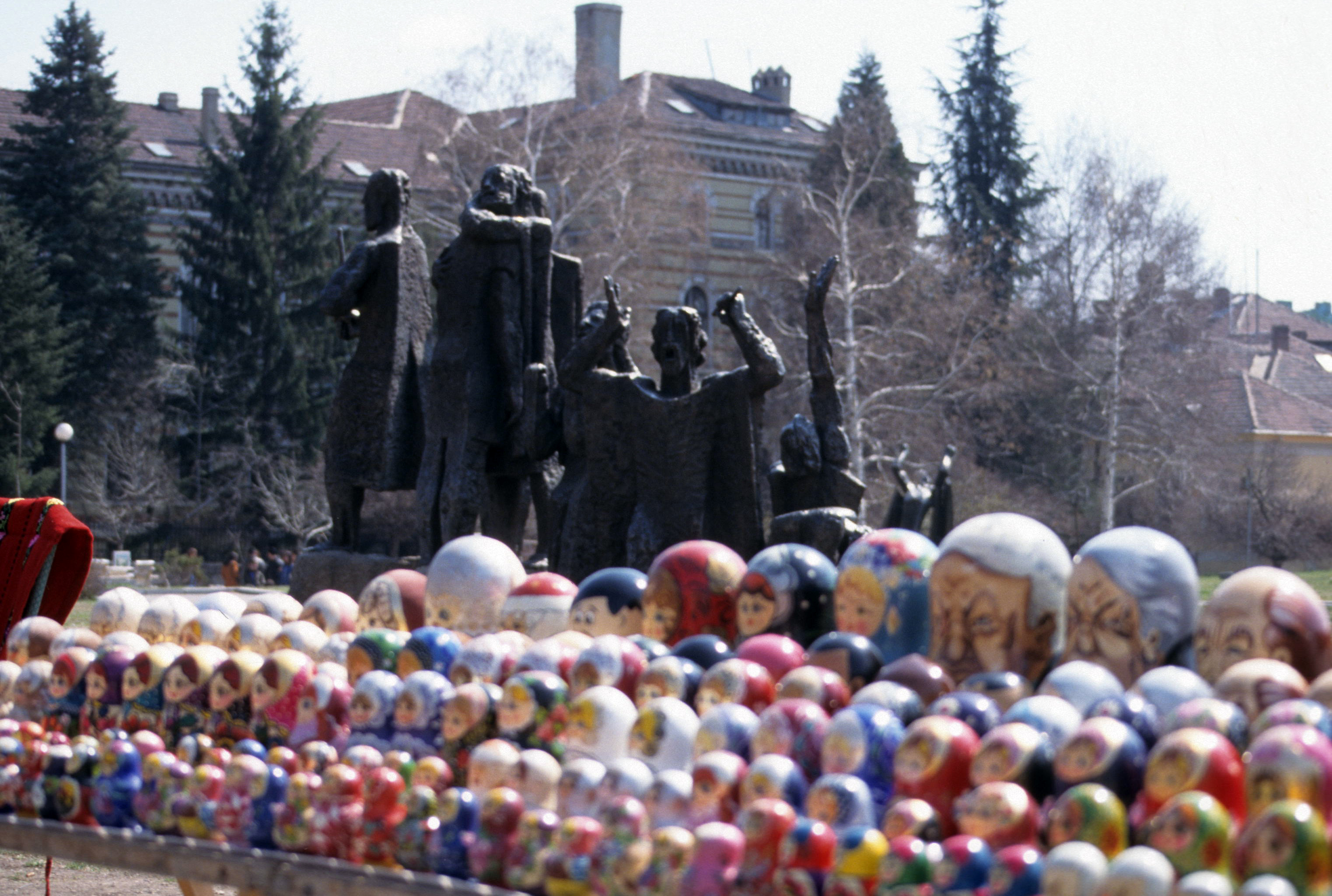 It has been especially difficult for me to watch what has happened to artists during these times. During Communism, artists were afforded the same social standing as doctors or lawyers, and there were an enormous number of theaters throughout the country. Of course, part of their purpose was to disseminate propaganda for the Communist machine. But in addition, these theaters performed the work of Russian writers such as Checkov, the classics such as Shakespeare, and writers like Eugene O’Neil and Tennessee Williams, whose perspective on America and on the capitalist system was less than flattering.

Under Communism, the artists had as much time and resources to do their work as any other professional. Bulgarians have always had a very rich theater tradition and so the skill level that developed, particularly for actors, directors, and choreographers was, and is, quite extraordinary. When the changes came about and suddenly the theaters had to respond to the pressures of a market economy, many of them closed and many of the talented artists were not able to make the transition. Some tried becoming taxi-drivers or taking on other jobs as is common in the West. But given the failing economic situation that has generally plagued Bulgaria since the difficult economic transitions of the 1990’s, it has been virtually impossible for actors to find part-time work that pays enough to make a living. In fact, it has been difficult for many Bulgarians to find the full-time work that allows them to survive. 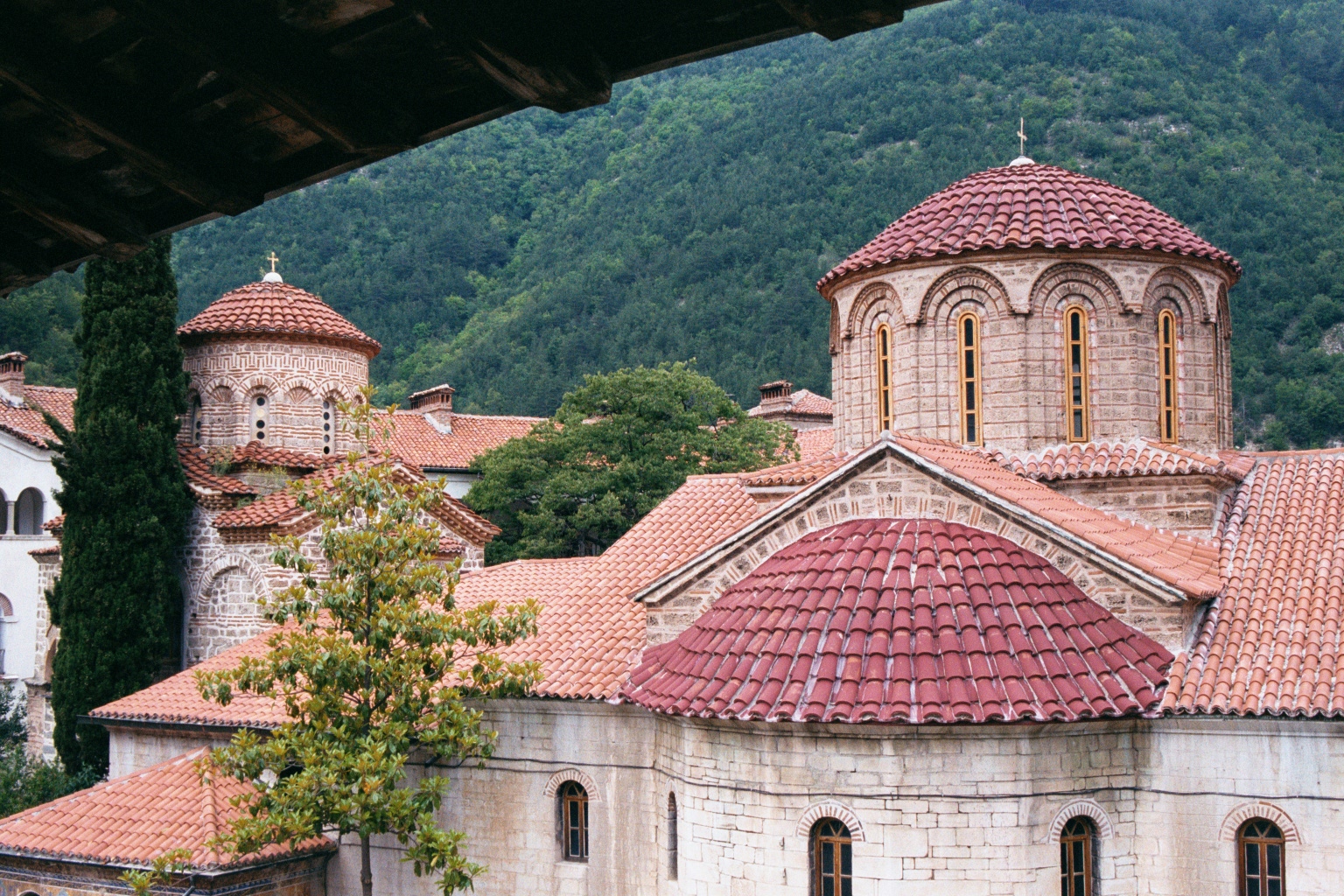 Still, Bulgaria continues to move into the future. With its beautiful Black Sea Coast and its many mountain ranges, Bulgaria is a treasure. Some of the most beautiful places on earth are found within this country’s borders. The remote, Rhodope Mountain village of Momchuuvsi remains uniquely spectacular in my mind, as does the Rila Monastery area, Varna, and the sea town of Sozopal. Sofia, thriving in the shadows of Mt. Vitosha, is a great city, full of wonderful restaurants, cafes, and clubs. Like so much of Eastern Europe, the city’s perimeter is riddled with the unsightly communist block apartments that remain as an ugly testament to a planned and utilitarian housing ideal. While the old women of Sofia make sure to clean the streets each day, it is never entirely certain who is filling the empty fountains with water, or who is responsible for painting some of the public buildings. But to look past all of this into the cerebral heart of this reticent and cultured city is to be forever taken by the place. 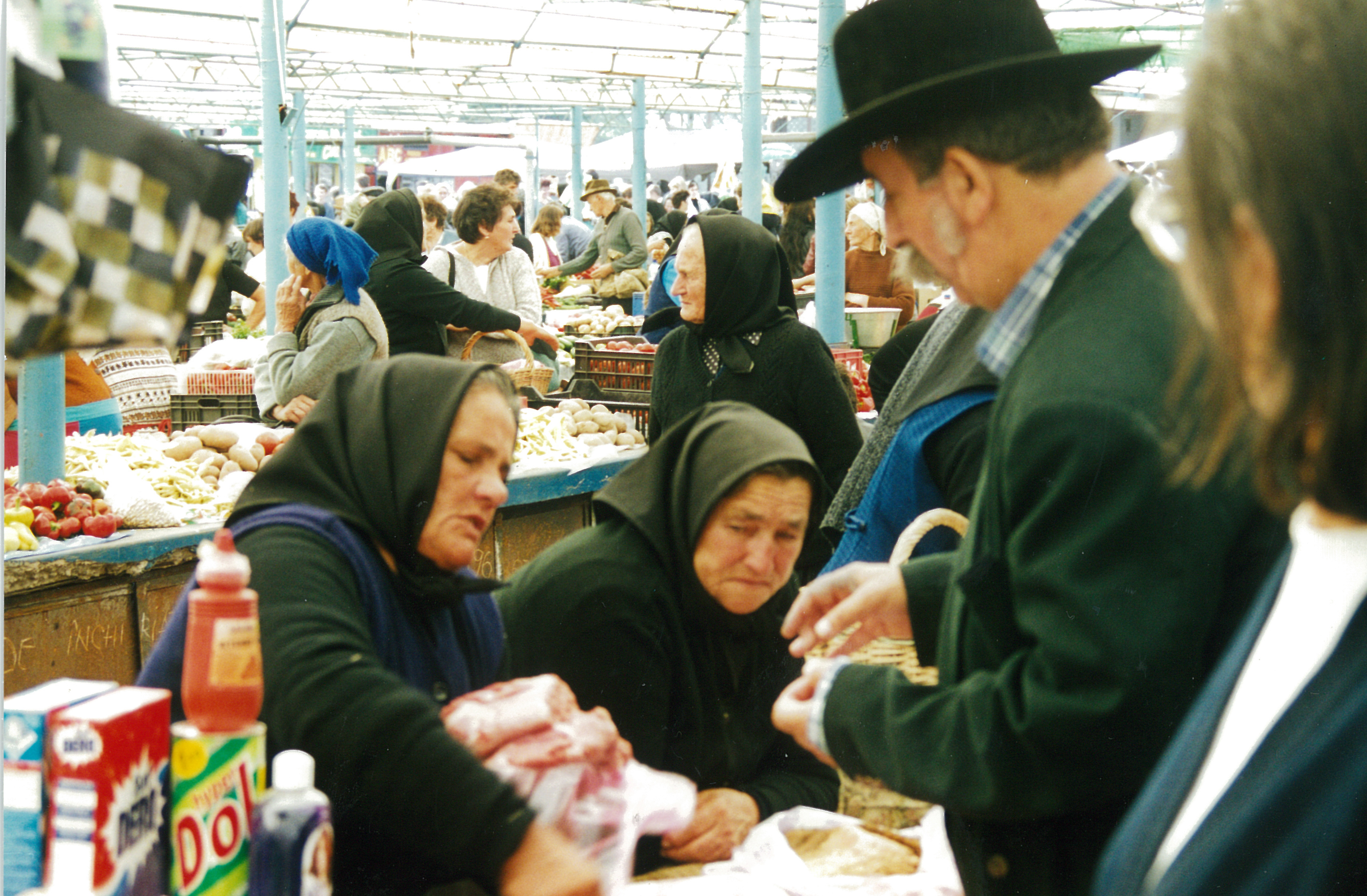 The path that led to the creation of “Stalinka” began with the few steps a friend and I had taken into a new theater we happened to pass on the street, “Theater Alternative.” Recognizing that we spoke English, the artistic director, Madelyn Tcholakova -who had also studied acting in London- stopped us to talk. Thus began a relationship that has continued to this day and which inspired the writing of the play, “Stalinka.”

Madelyn was a very well known actor during the Communist period and later she became a director as well as a producer. During the changes, she was one of the leading advocates for shutting down the state-run theaters. Her “Theater Alternative” was one of the few private theaters to attempt to address the new way of doing and it succeeded until the economic situation in the country deteriorated even further.

Madelyn is also a member of that generation of people in Bulgaria who refer to themselves as the lost generation. They were old enough to see the changes coming, but unable to do anything about them. Feeling responsible somehow, they now often feel obliged to do what they can to try to help with the changes that are overwhelming everyone. Madelyn inspired me to write about her country and the remarkable human epic that occurred when people’s lives changed 180-degrees overnight. 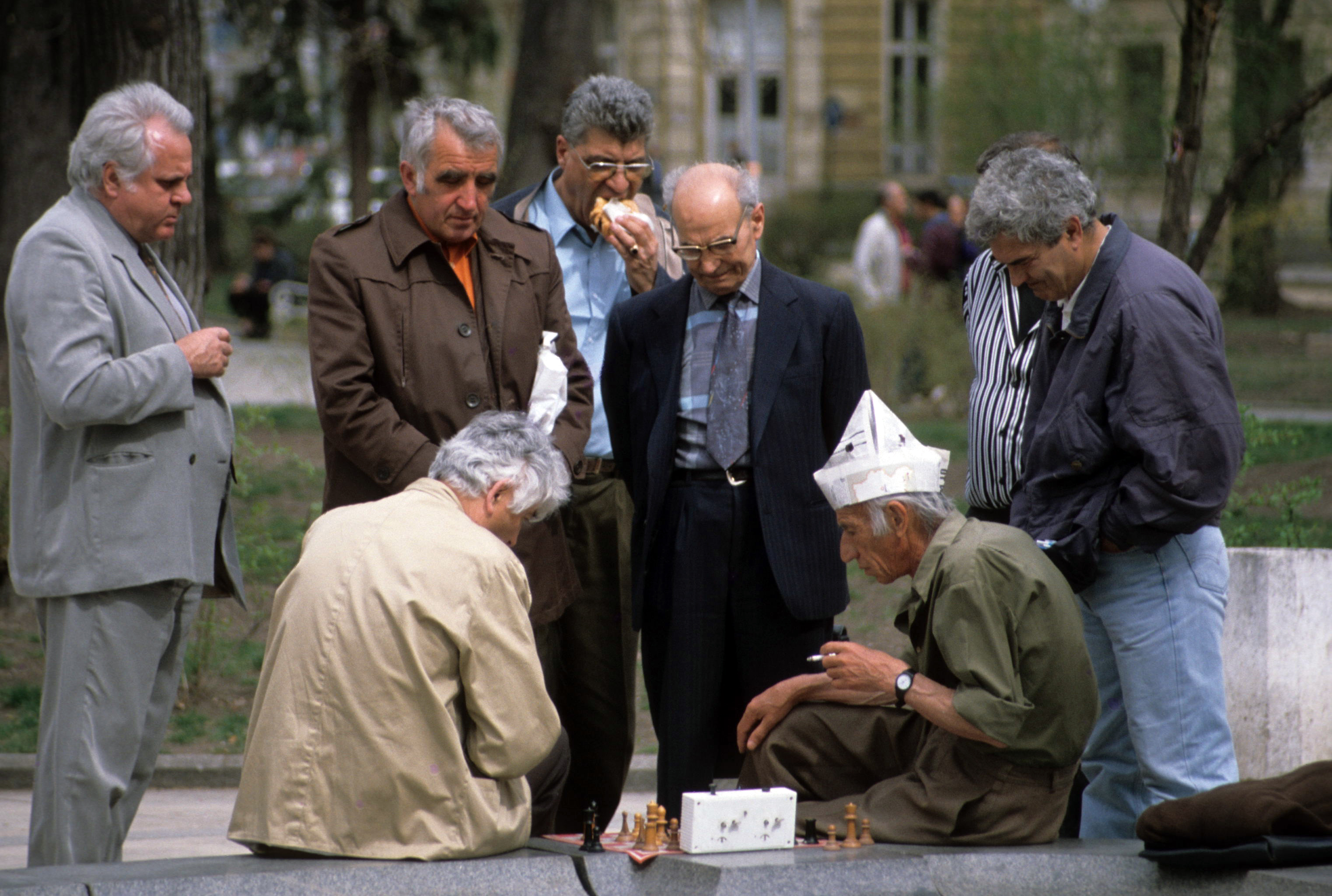 What has struck me most about today’s Bulgaria was how after the fall of Communism, suddenly the history of the country only went back to 1991. For whatever reason, the Communist period was seen as something removed from the general progression of Bulgarian society and it was not anything anyone was really talking about except in an almost cartoon-like manner. As I began to work with students at the National Academy of Film and Theater, one of the professors spoke to me of a form of nihilism she believed her students possessed. To me, it seemed logical and almost instinctual that people should turn in on themselves as a response to the shifting nature of their external environment and the lack of historic context in which they viewed their cultural identity.

I began an oral history project with the students that was done in conjunction with the development of my play. The project’s stated goal was to get information about the Communist period from parents and other elders which would assist me in writing the play. The unspoken objective, however, was to provide an opportunity for the students to break down another wall that had been built up between them and their past and to facilitate conversation between the generations. 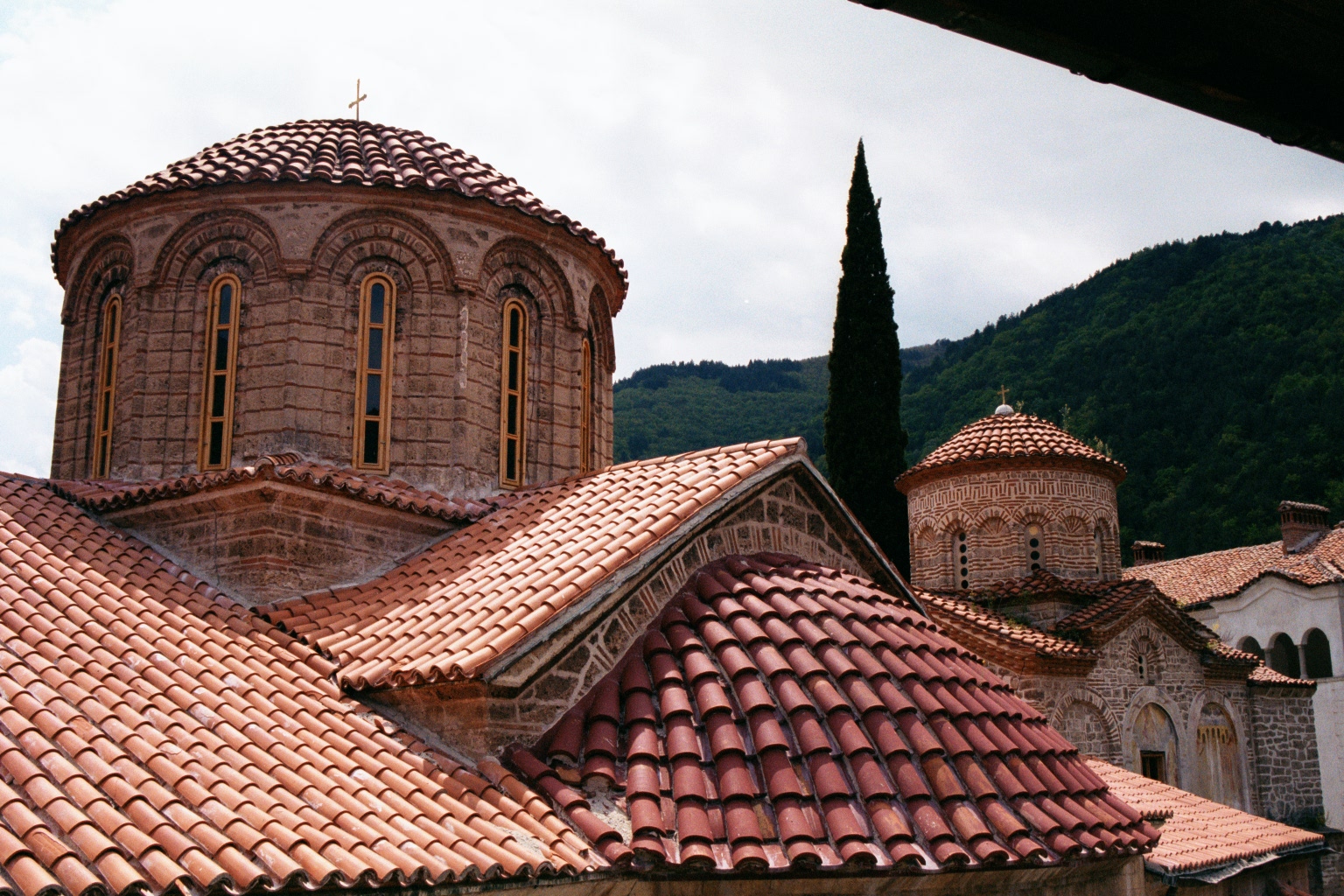 Also compelling was the plight of some of the older generation of people in Bulgaria whose world suddenly changed overnight, but who were unable to make the transition along with it. They had to remain committed to their out-of-date beliefs or admit that their lives had been absurd on some level. There was an anger and a bitterness that makes all the sense in the world, although I often found it to be misdirected towards friends, family, or sometimes towards whomever the current president of the United States might be.

It was also interesting to see how just how some of the social changes were embraced in a place where there hadn’t been any history of those things. For example, the concept of freedom is a very complex idea that has taken free societies generations of court battles and social considerations to ultimately define. When my Bulgarian friends visited me in the United States, I had a very difficult time explaining to them why, in our free country, they were not allowed to drink beer in the back of my pickup as we maneuvered our way through rush hour traffic in downtown Washington D.C. Of even greater concern was the idea of a no-smoking area, which -as anyone who has visited Bulgaria will attest – makes absolutely no sense to a Bulgarian.

One director provided me with an example that sums up a lot of the difficulties experienced in many of the Eastern European countries during this time of cultural transition. The director asked two of her students to get up on stage and improvise the concept of “freedom.” There was a long pause between the two, until one finally turned to the other and punched him in the face. The other one struck back and soon the class was watching a bloodied and bruised demonstration of “freedom.”

My play, “Stalinka” was inspired by all of these things. The character who goes by this name is the old woman who has always lived among them who they all call “Auntie,” although nobody knows how, or if, she is related to anybody. She always seems about to die, but yet she continues to somehow eat everything in sight. She demands things that cause people to act in an absurd manner. If she had been a boy at birth, the good Communist family would have been called him “Stalin” Instead, she is “Stalinka”, a metaphor both of the lingering effect of the Communist oligarchy and of a history that will not be confronted.